Field hockey is a highly technical and skillful team sport played on an artificial surface, requiring a combination of aerobic and anaerobic conditioning that makes it a physically demanding sport 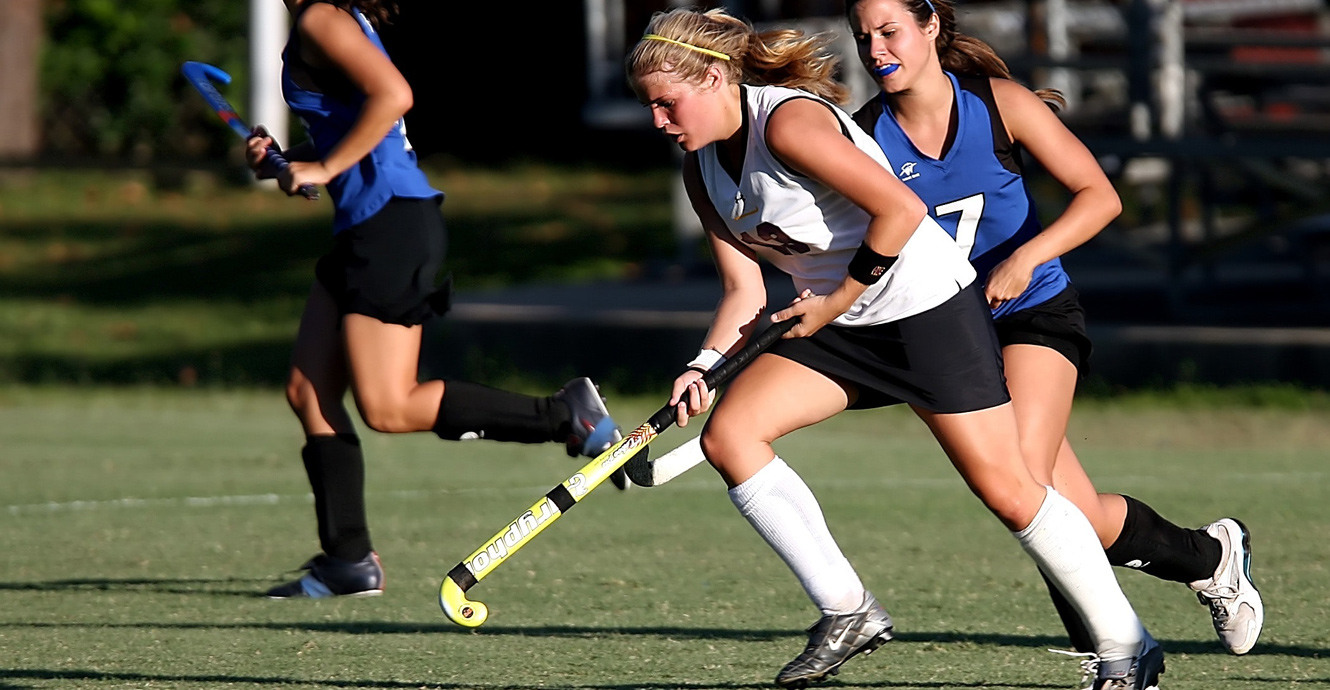 Field hockey is a highly technical and skilful team sport played on an artificial surface, requiring a combination of aerobic and anaerobic conditioning that makes it a physically demanding sport. Hockey is an international sport with many tournaments played worldwide including the Olympic games, the Commonwealth games, and the hockey World cup, which is played every four years. Every competitive athlete requires the energy, nutrients and fluids to perform to their best. This article describes the basic concepts for field hockey players to achieve their nutrition targets before, during and after training and matches.

A hockey squad usually contains 16 players: 1 goalkeeper and 10 outfield players as starters, with 5 substitutes that can be brought on at any time other than at a corner. Matches are divided into two 35 minute halves with a 10 minute break between halves. Hockey is a physical game with frequent physical contact. Pre-season training usually involves a strength and conditioning focus including working on aerobic fitness. As teams come closer to the competitive season, they usually focus on the more technical aspects of the game and explosive drills to maximise speed around the field. Shorter high intensity training takes place closer to competition. During matches, field hockey players can cover distances of between 3.4 and 9.5 km over the course of a match depending on position. The majority of match time is spent in low-to-moderate intensity activity, but there are periods of high intensity maximal movements. The energy requirements of a hockey depend heavily on gender, body composition and competition level.

The diet of a field hockey player should be similar to that of other team sports. It should be balanced for energy expenditure and include slow-digesting carbohydrate foods, high quality protein sources, essential fats, and a range of micronutrients. In season, carbohydrate is the key nutrient for hockey players, as it is used as the main source of energy during training and matches such are the metabolic demands of the sport. When carbohydrates are eaten, they are either digested and used as source of energy in the form of glucose, or stored as muscle glycogen. The stores of glycogen are limited and are depleted during high intensity activity. For this reason, it is important that hockey players pay particular attention to keeping their CHO stores topped up prior to training and matches, and replenishing their CHO stores following the same. To ensure adequate glycogen stores are achieved before performance the athlete should consume 6-8 g of carbohydrate per kg of body mass daily. This amounts to 420-560 g of carbohydrate daily for an 11 st (70 kg) player, with higher or lower amounts recommended depending on your body mass.

A carbohydrate-rich supplement such as FUEL LOAD can be used by athletes who struggle to consume sufficient carbohydrate from solid food before training and matches. FUEL LOAD provides easy-to-digest CHO with a low glycemic index (GI) in the form of isomaltulose, and can be used daily as a means of easily increasing daily CHO intake, or specifically to increase CHO intakes on the days preceding matches. This will help to ensure the hockey player is hydrated and fuelled before their session.

The majority of carbohydrate foods should be consumed from low GI sources. There may be the perception that jellies, sports gels and other types of high GI carbohydrate foods should be consumed regularly throughout the day or in the lead up to matches, but this practice is often not necessary. The athlete can easily consume their requirement of carbohydrate from low GI sources in the 2-3 days leading up to competition, as long as training has been tapered and guidelines for CHO loading are followed.

Another consideration for the hockey athlete is joint health and immune support. Long training sessions, or a run of matches/tournament play can leave the body sore and in need of essential nutrients. To avoid joint pain and immune suppression, we have formulated Omniflex, a natural blend of ginger, curcumin, boswellia and micronutrients. Recent research has found each of these to have a natural anti-inflammatory effect, which is an excellent asset for athletes completing intense training. Omniflex will help to reduce exercise-induced muscle soreness, and allow you to recovery faster between training sessions.

The days leading up to a match

The food intake of hockey players 2-3 days before a match is critical to performance. This is the period of time when athletes should be maximising their energy stores and tapering (reducing the length and intensity) their training sessions. The aim should be to consume a higher than normal CHO diet at this time. Such high intakes of CHO may be difficult to achieve with solid foods, and athletes often turn to liquid sources. FUEL LOAD provides easy-to-digest CHO with a low glycemic index in the form of isomaltulose, and can be used daily as a means of easily increasing daily CHO intake, or specifically to increase CHO intakes on the days preceding matches.

The game day nutrition goal should be to top-up muscle glycogen stores and ensure that adequate energy has been consumed to maximise performance. The last substantial meal an athlete should consume is in the 2-4 hours before the start of a match or training. It should be low in fibre, contain a substantial amount of carbohydrate and a moderate amount of protein. A good example is a pasta salad with tuna. Closer to the game only light snacks and liquids should be eaten. It is important not to eat too much as the stomach should be relatively empty before the onset of exercise to avoid gastrointestinal upset. In the 1-2 hours before performance, a small snack or meal can be consumed if you are hungry. This could be an easily digested source of carbohydrate in the form of a sports drink such as CHO CHARGE.

A drink that contains a source of carbohydrate and electrolytes for hydration is the ideal drink during breaks in play and at half-time, and has often been shown to improve performance, particularly in the second half. CHO CHARGE has been formulated with multiple forms of CHO in order to provide the highest rate of energy delivery to working muscle (see “Hydration” below for volume guidelines). The addition of electrolytes in precise amounts is necessary to achieve an isotonic drink when mixed to the specified concentrations. This allows for fast delivery of fuel and fluid during exercise.

Immediately post-exercise is the most important phase for achieving optimum recovery from hockey matches. This is the time when your body has the greatest ability to restore depleted glycogen and maximise recovery. If adequate carbohydrate is not consumed after training and competition, performance in subsequent training and matches is likely to suffer, i.e. replacing muscle glycogen stores after training and matches is critical for recovery and preparation for the next exercise challenge. A quality source of protein is also important for facilitating growth and repair of muscles. This can be achieved by consuming a balanced meal containing a quality source of protein, complex carbohydrates and micronutrients. However, the best way to kick-start replenishment of glycogen stores after exercise is to consume a fast-digesting carbohydrate-protein combination. Recover ACE Endurance is the ideal recovery supplement for post-exercise recovery from hockey matches. It contains Vitargo, a fast-digesting carbohydrate source that rapidly replenishes glycogen stores, and an optimum quantity of high-quality whey protein to support muscle repair.

Hydration is an essential component of athletic nutrition. Dehydration of just 2% bodyweight can significantly reduce physical and mental performance. Due to sweating, this kind of loss readily occurs in temperate-to-warm conditions in most elite athletes. Therefore, it is essential for hockey players to be well-hydrated before training and matches, and have a hydration plan in place during matches. On a daily basis, a minimum of 2 litres of fluids should be consumed to offset daily water losses. During training and matches, sweat rates for hockey players have been reported around 1.0-1.5 litres per hour, so players should regularly consume fluids (3-4 mouthfuls every 15 minutes, and double that at half-time) in the form of a sports drink e.g. CHO CHARGE. During recovery, the volume of fluid in litres you should consume should be 1.5 times the amount of weight you have lost from pre- to post-training/match if those facilities have been available.