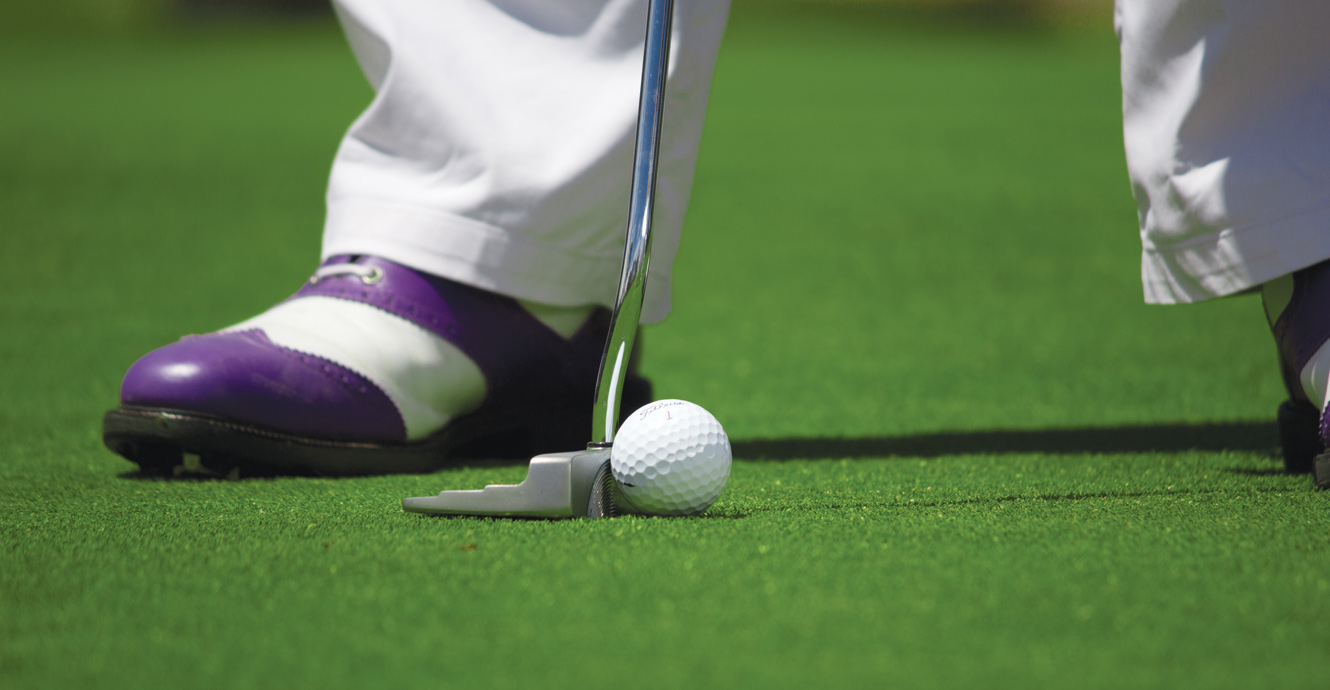 Golf has become a popular sport among many age groups, and over the last several decades, the sport has continued to gain popularity among amateurs and professionals alike. The growth of prize money in the late 1980s stimulated a greater professionalism among players, whereas improvements in information and communication technologies have brought the game to a global audience and broadened its appeal. Part of golf’s appeal is that even with appreciable differences in age, size, and ability, individuals can still participate in the same competitive sport. Data from the USA estimates that more than 12 million golfers play at least 8 times per year, whereas among individuals 7 years and older, golf is the fourth most popular sport. While golf is not considered a highly physically demanding sport, hitting a golf ball consistently and effectively for 18 holes over several hours requires a blend of flexibility, coordination, strength, and power, and does, in fact, place considerable demands on the individual that should be addressed by appropriate nutrition practices.

Golf, played for sport, requires the player to undertake a range of physically demanding movement patterns throughout the course of play. For example, on a drive, a player will typically recruit 15 kg of muscle to generate 4 horsepower using nearly every joint and limb in the body. The club head speed when it impacts the ball can exceed 160 kph, which translates into 900 kg of force being applied to the ball in little more than half a millisecond at impact. This is done 30 to 40 times per round. Given that over 2000 swings are performed by a professional player through practice and competition each week, and up to 300 powerful movements per practice session, plus tournaments lasting up to 4 days, one can begin to appreciate physical demands of golf performance.

Aside from the demands of strokeplay, the average round of golf takes around 3 hours, and players walk about 9 km. Walking a hilly course whilst carrying a bag of clubs will expend about 2000 kcal of energy, although this drops considerably if a trolley or cart is used. Most of the round is spent at moderate exercise intensity (assessed by average heart rate). However, a wide gap exists between the average and maximal heart rate during strokeplay indicating considerable temporary physical demands. Players also lose an average of 1.2 kg (or 2½ lbs) of fluid through sweat losses during a round. Although it does not require a high level of aerobic capacity to play a round of golf, a certain level of cardiovascular fitness is beneficial for the reduction of fatigue levels, especially toward the latter stages of a round. Research also indicates that golfers with lower levels of body fat have greater mobility through the hips, and generate greater club head speed during the swing resulting in longer drives off the tee than counterparts with higher percentages of body fat.

Therefore, the new breed of elite player is leaner, more muscular, and more flexible than players in the previous generation. Golf is now a sport where physical training is an integral component of elite players’ practice regimen and contributes to the ability to play at a high level consistently and without injury. Training involves a range of strategies to ensure the athlete is conditioned for all facets of the game, so the typical training goals for most sports are present here, i.e. improving strength, power, aerobic fitness, and flexibility.

The nutritional requirements of golf are different to that of many other sports because of the longer duration and mix of physiological demands. A balanced diet that provides adequate amounts of energy, macro- and micronutrients is the first consideration for the golfer. As described above, daily energy requirements are considerable, and should not be neglected particularly in the young golfer, where energy intake is even more important to support growth and maturation.

On the course, appropriate nutrition choices can mean the difference between causing and preventing low energy, hunger and muscle fatigue during performance. Due to the demands and duration of a round described above, the two major nutrition concerns for the golfer are (i) dehydration due to fluid loss by sweating, and (ii) a gradual reduction in blood sugar levels (known as hypoglycaemia – associated with feelings of nervousness and tremor, tiredness, confusion, and slowed mental function). Both factors can contribute to or cause negative effects on performance from both mental and physical perspectives.

Hydration is critical for performance in most sports and it has been repeatedly shown that dehydration of even a small percentage of body mass impairs physiological function and performance. Golf is often played in warm climates for a minimum of a few hours and over a number of days, so dehydration can be acute on the course, or accumulate over the course of a tournament. Sweat rates of golfers players will vary considerable depending on the environmental conditions, but are on average 1.0 to 1.5 L per hour. A fluid source that contains a suitable amount of carbohydrate and adequate levels of electrolytes, such as FUEL LOAD or CHO CHARGE®, are better than water alone for hydration, and provide energy during strokeplay. CHO CHARGE® contains the optimum amount of electrolytes (sodium, potassium, magnesium, chloride) to offset those lost during sweating. These electrolytes also improve the taste of the drink, thereby encouraging you to drink more frequently during your round. However, it is important not to overdrink during your round, as feelings of fullness may be detrimental by proving to be a distraction.

During strokeplay, it is important to maintain energy (fuel) and hydration levels. This can be achieved by using a traditional sports drink like CHO CHARGE®, or our low glycaemic index drink, FUEL LOAD®. Glycaemic index (GI) is a scale from 1 to 100 that ranks carbohydrates by how much they raise blood glucose levels - the faster the rise in blood glucose, the higher the rating on the index. Low GI foods/meals are desirable to promote stable blood sugar (glucose) levels, thereby supplying energy at a consistent rate over a number of hours. High GI foods may cause rapid fluctuations in blood sugar and “reactive” hypoglycaemia in certain susceptible individuals, thereby having negative effects on golf performance. FUEL LOAD® is suggested as this contains low GI carbohydrate in the form of isomaltulose, providing a sustained release of energy to the body over a prolonged period. This will help to avoid any fluctuations in blood glucose and avoid the risk of fatigue. Choosing between CHO CHARGE® and FUEL LOAD® as your on-course drink is likely to depend on your personal preference, and you should experiment in practice to see which works best for you in terms of taste and performance. These drinks provide fluid, electrolytes and fuel, but if you would rather choose solid snacks as these may also offset hunger, then wholegrain bread sandwiches, raisin and nut mix, natural food/cereal bars, bananas, low GI dried fruit, nuts, unsweetened yoghurt, or a meal replacement shake such as MEAL SHOT®/ Femme Meal®, are recommended. These solid foods should also be consumed with water, as a source of fluid is still important to offset sweat losses.

Finally, a recent study* has suggested that consuming caffeine and carbohydrate combined before a round and at holes 6 and 12 significantly improved putting performance during the final 6 holes of the round, with players reporting feeling more alert at the same time. CHO CHARGE® is also available in caffeinated form for those players who may be looking for a competitive edge provided by strategic nutrition intake.